The profiles of the heads of foreign offices. 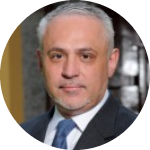 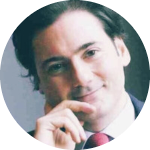 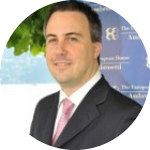 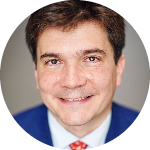 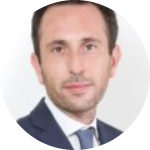 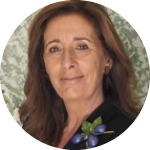 ﻿﻿Since 2013, he is Senior Professional and Executive Director of The European House - Ambrosetti (Consulting) Singapore Pte Ltd.

A citizen of the Republic of Singapore and with an MBA from the University of Chicago, he has extensive experience in the financial sector with over 15 years of activity in Asia in a number of positions, culminating in CEO for businesses in the region.

He is a member of the boards of directors of companies in the fashion, luxury, engineering and energy sectors. He manages the president’s office of a major Indonesian group active in a range of sectors, including energy, mechanical engineering, chemicals, logistics, food, tourism and digital media.

He also appears as a macroeconomics expert on CNBC, the BBC and Class CNBC.

﻿Giancarlo Bruno serves as Member of the Executive Committee at the World Economic Forum in New York – the international institution for public-private cooperation – where he has been active for fifteen years. He heads the Financial Institutions group, overseeing partnerships with Banking institutions, Insurance companies, Asset Managers, Institutional Investors, Pension Funds, Sovereign Funds, Private Equity and Hedge Funds, as well as Venture Capital funds. In this capacity he is responsible for over two hundred partnerships with the largest financial institutions world-wide. He is responsible for setting the agenda in the finance domain.

Before joining the World Economic Forum, Giancarlo spent several years in the banking sector in Vienna, London, Luxembourg and Geneva with international banking groups, focusing on various domains including corporate finance, private banking and wealth management. His professional experience in the public/multilateral sector includes the United Nations, the European Parliament and Istat, the Italian Institute of Statistics.

In 1993 Giancarlo earned a MS with honors in Economics and Business Management from Università Commerciale L. Bocconi, Milan, with a dissertation in Public Policy on the European Structural Funds for regional economic development. In 1995 he received a Master’s degree in International Management from the Wirtschaftsuniversität Wien, the University of Economics of Vienna, and in 2010 he was awarded the Global Master of Arts from the Fletcher School of Law and Diplomacy, with a thesis advised by Prof. Romano Prodi on the interplay of political and legal factors in the European enlargement process, a comparative analysis of the case of Poland and Turkey. In 2006-2008 he served as a Senior Fellow at the Mossavar Rahmani Center for Business and Government of the Harvard Kennedy School of Government, conducting research on social mobility issues in Europe. He completed several executive education programmes, including academic institutions such as Insead, the Wharton School at the University of Pennsylvania and Said Business School at Oxford University.

He is member of the Bretton Woods Committee, the International Advisory Group of the Fletcher School of Law and Diplomacy, the board of Bocconi Alumni Association NY and of Friends of Bocconi, and the University Club of New York. He is an Honorary Fellow of the Foreign Policy Association, advisor to the President of the UN Women for Peace association, and an advisor to the Global Shapers Foundation. Giancarlo speaks five languages and has taught Italian literature and culture at the Université du Canton de Genève, Geneva.

He is involved primarily with assisting European clients of the Group’s firms in their projects for entering, expanding, re-positioning and re-defining their country strategy in and for China.

He is also involved in developing the local market of Chinese companies in planning their entry into the European and Italian market, in particular, as well as promoting the creation of high-level events and forums around economic and financial themes, and communication-based lobbying with Chinese institutions and public entities.

With a degree in international business economics, he began his career at The European House-Ambrosetti office in Milan where he was involved in assisting the Swedish government in attracting foreign direct investments into Sweden.

He worked alongside the firm’s founder in building the initial nucleus of European consulting firms to launch “The European House” brand and was the China desk in Milan until he transferred to Shanghai in China 2005 where he opened the Group’s second office in the People’s Republic of China.

﻿﻿Head of Brussels Office at The European House - Ambrosetti since 2013.

In this role Francesco coordinates and overviews all the activities and events organized by the The European House - Ambrosetti in Brussels. In particular, he is leading the external and institutional relations, the intelligence gathering and mapping of strategic issues and related key stakeholders, the monitoring of policy and regulatory evolution in selected policy areas, he is chairing the Ambrosetti Club Europe's meeting with top EU officials and he is liaising with journalists and media, while scouting for new business opportunities.

He is an experienced professional, nicely blending 20+ years of experience encompassing elements of management consulting (with Roland Berger Strategy and Altran Group), financial services (with Dexia Asset Management, Fortis Bank, Petercam and KBC) and international organizations (with the European Commission, the European Parliament and the International Monetary Fund).
He holds a Master Degree in Economics at Bocconi University (Milan) and completed a full time MBA at the Solvay Brussels School of Economics and Management and an Executive Programme in International Management at the Vlerick Management School.

﻿﻿﻿Luca Miraglia is Managing Director of Quarkup Group, a consulting firm specialized in internationalization and entry strategy with a focus on the Iranian market.
Previously, at De’Longhi, he was Regional Sales Manager South Africa and Middle East from 2010 to 2012, and Sales Export Manager North America and Middle East from 2006 to 2010.
He received a Master in Supply Chain and Category Management from C.U.O.A. Business School, University of Padua, and a Bachelor of Science in Business Economics Communication from University of Trieste.

﻿﻿﻿﻿Senior Professional and Country Manager in Spain for The European House - Ambrosetti.

She is responsible primarily for the development in Spain of multi-client and consulting services, while also collaborating on workshop and forum projects.

She has a degree in law and was an international partner for PriceWaterhouseCoopers (PCW), responsible for M&As.

In Spain, she has provided assistance and consulting to international corporations in company operations, as well as investment capital operations and transfer of control, while also sitting on the boards of directors for the Spanish subsidiaries of a number of Italian companies.