Speaking Points from the Workshop

This workshop’s prestige is due both to the importance of the issues examined and the array of speakers and attendees from around the globe that includes experts, Nobel laureates, presidents, CEOs, top managers of major corporations and representatives from leading political, economic and financial institutions, from both Italy and abroad.

The workshop has a strongly interactive nature with ample opportunity for debate and exchange, including outside the scheduled sessions. 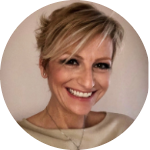